Once, we let Calder wear a digital watch to school. He started fiddling with the buttons which changed the settings and soon the watch was not accurate anymore. Then he fiddled with the buckle and ended up with a bleeding finger where the sharp buckle tongue had stabbed him under his nail. When he came home, he was without his watch. He couldn't tell us where it was or what had happened to it. That was three years ago. Today, Calder wore a watch to school again. At 12, he has learned to tell time to five minutes, so his Dad bought him an analogue watch with clasp (instead of buckle) and big numbers. I hope to see the watch again when he gets home this afternoon. 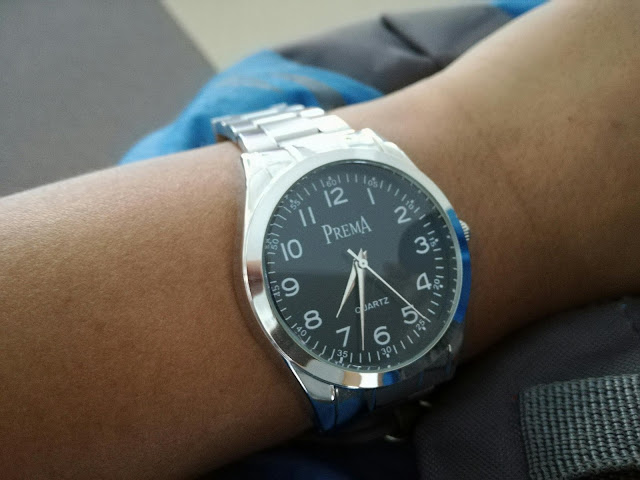